In 2002 Boulder released the 2008 Phono Preamplifier, for which Stereophile magazine created the “A+” rating for electronics and called it “one of the 100 most important products in the history of audio.” High praise indeed. When the 1008 Phono Preamplifier was released with some improvements over even the venerable 2008, it easily renewed the sound of your entire record collection and proved that superiority runs deep in the Boulder family.

Locked inside the grooves of every vinyl record is the most realistic, most natural, most moving sound one could ever experience. The trick is getting that sound off the record and into your speakers. Dan D’Agostino always found this task challenging … yet irresistible.

The Xs Phono preamplifier represents an all-out assault on the state-of-art in Vinyl and the most intensive and difficult design effort made at Pass Laboratories. The final product of this massive effort extracts the utmost performance from a simple topology and operates with the extremely small and delicate signals coming from today's wide variety of phono cartridges. The result is music that emerges from a quieter background and blooms into a richer, more precise soundstage.

The twin chassis XP-27 eclipses the already exceptional performance of the well-reviewed and well-received XP-15, XP-25 & XP-17: delivering enhanced RIAA performance at a fraction of the previous distortion. The new design uses double shielded low noise toroidal transformers in external supply connected via aviation grade circular connectors using silver over oxygen free copper. The power supply is dual mono with two transformers with lower radiated and mechanical noise. Noise is the most prominent part of THD+N at low levels, so by lowering noise we get better resolution and dynamics.The XP-27 input and gain circuitry are similar to that found in the Xs Phono. This means switching and loading is done at higher signal levels, minimizing noise and improving low level performance. 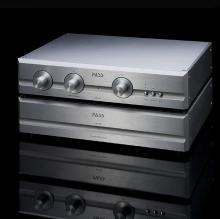 The twin chassis XP-25 phonostage preamplifier greatly improves upon the already exceptional performance of the XP-15. In addition to a separate and isolated power supply chassis, the XP-25 boasts adjustable gain, two separate inputs, a low cut filter, mute feature, resistive and capacitive loading all on the front panel for easy access. With the XP-25 you will discover a whole new dimension of dynamics, inner detail and spectral richness.

XP17 uses the new-shielded low noise toroid and input filter module, like the XP-12. The power supply has an extra stage of RC filtering. We have lower radiated and mechanical noise. 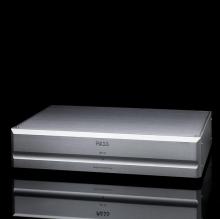 A single-chassis phonostage preamplifier, the XP-15 represents a sophistication and maturation of both thinking and component evolution. Each new design of that evolution has brought a steady improvement in measured metrics and flexibility -- greater accuracy in the RIAA curve, greater range of gain from 46db to 76db...and the list goes on. But more importantly the evolution has contributed to a more robust sonic image presented with improved resolution and additional sonic ease.