From the time he started building loudspeakers in his garage, Dave Wilson had one motivating passion: to make the reproduction of music sound as much like the real thing as possible. Size, weight, and manufacturing complexity are all of little consequence when the task at hand is to make a loudspeaker that outperforms the Series 2 Alexandria in every significant measure, and brings the listener an unmistakable step closer to the exhilaration of a live musical event. 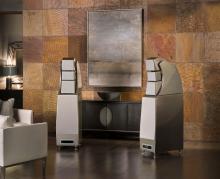 Alexx incorporates Wilson’s latest thinking on loudspeaker design in the areas of time-domain geometry, driver configuration, and driver development. It is the latest beneficiary of Wilson’s ongoing analysis of low-resonance cabinet strategies via laser micrometer. Alexx draws from both recent designs such as the Alexia and the Sabrina, as well as the WAMM—Dave Wilson’s up and coming Magnum Opus—with which it was developed concurrently. 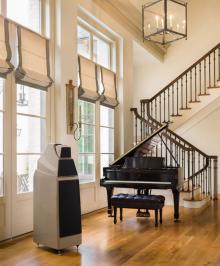 When it came to designing the Series 2, every angle and curve was scrutinized, every structural element was considered, each of the metal components, large and small, were carefully examined for possible improvements. Nearly everything in the Alexia has been reworked for the Series 2 with an eye toward more elegantly following the underlying technological function responsible for the Alexia’s intrinsic musical rightness.

Sasha, like the WATT/Puppy before it, remains Wilson’s best selling speaker. Its combination of high performance in a relatively compact form factor has always been its greatest strength. The Sasha Series-2 takes the performance side of that equation to an entirely new plane. 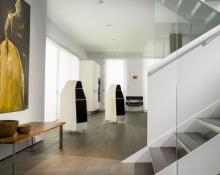 When we think about Wilson Audio, there is a strong propensity to get caught up in the company’s heritage. It’s easy to do. Wilson’s place in the industry and in the history of audio is formidable, even extraordinary. Wilson’s past is glorious, and it’s something most loudspeaker brands cannot claim. But for some, a rich heritage can be a crutch, and can be, somewhat ironically, a marketing hurdle. For Wilson, our perennial position as the high-end loudspeaker market leader can overshadow the simple fact that the company remains at the cutting edge of loudspeaker technology. 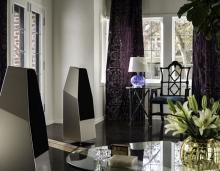 The objective for Sabrina was to take the wealth of knowledge and experience contained in the XLF and distill it down to its essence. To create a loudspeaker that, like the first WATT/Puppy, could stand alongside much larger systems and offer the kind of dynamic contrast and harmonic expression that is the defining character of Wilson Audio loudspeakers.

Duette is a truly unique product in the audio world: a compact loudspeaker designed specifically for installations where space or aesthetics require placing the loudspeaker near a boundary, such as a wall or in a bookshelf. 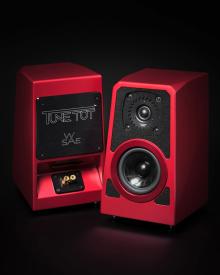 TuneTot is the latest product from the Wilson Special Applications Engineering™ (WSAE) team. While its name pays homage to the first WSAE product, it is a modern technical tour de force designed to offer the timbral beauty, dynamic nuance, soundstage resolution, and transparency—all the hallmarks of Wilson loudspeakers design culture—but do so in environments which are hostile to all of those qualities.