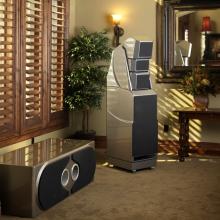 Thor is popularly known as the Norse god of thunder. He is often depicted carrying a short-handled hammer named Mjollnir, a symbol of his awesome power. Thunder is fitting to associate with Wilson Audio's new state-of-the-art subwoofer. Truth be told, Wilson’s large subwoofer may put to shame the notion of thunder, which primarily occupies the frequency spectrum from 20-120 hertz. Thor's Hammer (the subwoofer) is capable of reproducing at full volume the lowest pipe organ note at 16 Hz. 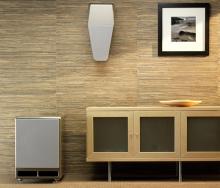 The second generation WATCH Dog subwoofer has undergone the most radical redesign of any of the WATCH system components. Specifically, it has been transformed from an active subwoofer (with a built-in amplifier), to a passive, unamplified unit.

If you desire to use the WATCH Dog in a hybrid or multiple configuration system, then the external controller becomes the brains behind that flexibility, whether you're using one subwoofer or several.